Can You Eat Largemouth Bass?

The largemouth bass is the most popular game fish in North America. It’s an astonishing aquatic animal that’s widely popular among anglers. The adult largemouth bass is a solitary fish and the apex predator in their habitat. They can be found in lakes, rivers, ponds, reservoirs, and streams.

The largemouth bass is also known as the green trout, southern largemouth, bucket mouth bass, or the Florida bass. Anglers are often encouraged to release large specimens of this fish since these are usually the breeding females that contribute to future fishing stock. 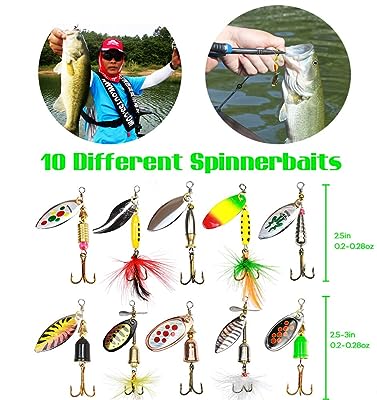 Whether you fish bass for eating or sports, the most likely question one would ask is if the largemouth bass can be eaten?

Is largemouth bass good to eat? It’s smell also makes it unsuitable for indoor cooking. This fish has a meatier texture and has very few bones within the meat. You can grill it, fry it, or add it to other recipes.

The taste of the largemouth bass can be attributed to its diet and habitat. They can be found in weeds eating crawdads, bluegills, bird fledglings, and snakes at times.

The largemouth isn’t as active as other fish and retreats into slops when the water gets warm, waiting to ambush their prey. The bass’ meat is a little dense, watery, and not as clean as that of the smallmouth bass.

Is it safe for pregnant women to eat a bass? Eating bass is considered quite safe. Nonetheless, pregnant women need to take extra caution with the food they take. There are a few exceptions as to which fish they can eat.

The possibility of getting mercury poisoning from eating fish is something that pregnant women should avoid. The National Resources Defense Council found that black and striped bass contain certain levels of mercury.

It’s considered safe to fish bass in clear waters. You cannot, however, disregard the presence of polluted lakes and rivers. Polluted waters have a high possibility of having industrial pollutants. Fish can absorb contaminants such as polychlorinated biphenyls that can be found in polluted rivers or lakes.

Care should also be taken when eating fish such as bass to prevent food poisoning or infections. Fish may contain pathogens such as listeria that may pose a danger to your health, especially if the fish hasn’t been properly cooked.

You don’t have to worry if you get your bass from unpolluted rivers or lakes. There are a lot of ways that you can prepare your largemouth bass after fishing. Bass can be cooked using techniques such as broiling, frying, grilling, and baking. It’s also possible to make a fish fillet out of your catch.

There are some important things to keep in mind when eating bass. Ensure that you clean it as soon as you catch it. Be careful when removing the skin and don’t overcook it.

While the taste of the largemouth bass may not be great for some people, others may find it quite enjoyable. It all depends on one’s preference. You should prepare the fish considering its flavor as well as the health considerations.

Why is it popular to fish bass but not to eat bass? The largemouth bass is widely popular among anglers. They’re popular to fish because they can be caught easily. Being aggressive feeders, the largemouth bass is known to strike at nearly anything they consider alive. To break free when hooked, this fish will breach the water surface and become airborne.

One reason that bass isn't as popular to eat is that some people don’t like how it tastes. Most people who fish for bass do it for the sport instead of subsistence and abide by the catch and release philosophy.

Catch and release efforts encourage anglers to put back some if not all of the bass they’ve caught. Larger specimens of the largemouth bass are also released back into the water to encourage breeding ensuring future fishing stock.

Some states also have a limit for their fish. If a fish doesn’t meet the minimum length, you have to let it go. There’s also a daily limit on the number you can fish in a day.

The largemouth bass is one of the most prized catches for sport anglers. This fish can be found in freshwater lakes and rivers. They like congregating in areas with abundant food supplies such as mossy areas where they can prey on smaller fish like minnows.

Bass fishing can be done from May through July using live bait such as crayfish, jigs, minnows, and spinnerbaits.

Fishing in the early morning or late evenings are considered the best time for catching largemouth bass since they're not very active when the sun is up and the water warm.

You’ll find this fish very active when the water is cooler and the sun isn’t as bright. The largemouth bass is an excellent fighter when caught. The most common methods for fishing largemouth bass include baitcasting/bottom casting and fly-fishing.

Anyone who’s into fishing for sports or eating wonders whether they can eat the largemouth bass. It’s safe to eat largemouth bass from clean freshwater sources such as lakes and rivers.

Due to the type of diet, it takes and its habitat, this fish’s flavor may not go down well with many people. This is a matter of preference though as some like it. Pregnant women also need to be careful when taking this type of fish to prevent mercury and listeria poisoning.

There are many ways you can prepare bass but it’s important to clean it properly as soon as you catch it. The catch and release philosophy is popular as it helps keep the bass population up by ensuring future fishing stock. However, it would be better to eat an injured bass rather than release it back into the water.