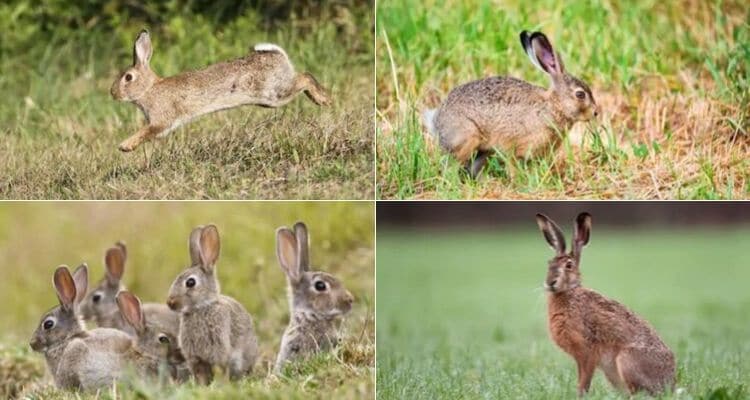 Is it Safe to Eat Wild Rabbit?

There are plenty of wild rabbits in nature with numerous places around the world being overpopulated with them. When it comes to hunting season, most hunters go for rabbits due to their large numbers. While it may be tasty, it’s important to take necessary precautions before eating it or coming into contact with uncooked wild rabbit meat.

Take a minute to inspect the meat to ensure that it’s healthy. This is a necessary step because most wild rabbits carry Tularemia, a disease that can be transmitted to humans through contact with infected animal tissue, including blood.

What kind of rabbits can you eat? Rabbit meat is consumed a lot around the globe. People use it to make delicious stews, soups, and barbecues. There are lots of rabbit breeds for meat that’s suitable for consumption for both kids and adults. Rabbits can be easily bred and it’s very economical to maintain them.

Rabbit meat is categorized as white meat that’s considered safe for people ailing from different diseases and those looking to reduce the fats on their bodies. People who have hypertension can also take rabbit meat because it has a lower sodium content.

The United States has 16 different species of wild rabbits but the most common one is the eastern cottontail rabbit. This rabbit has a very short lifespan since they fall prey to many predators in the wild. To increase their chances of survival, wild rabbits have up to five litters of bunny each year helping to keep their population up.

Their habitats are usually on open spaces such as meadows, farms, and fields. They can also adopt other habitats including those inhabited by humans. They're nocturnal and come out to feed on grasses, herbs, and garden fares such as lettuce and peas.

They feed on twigs, barks, and buds during winter. In the daytime, these rabbits are often hidden in vegetation and flee if spotted. They can reach speeds of up to 18 miles an hour when fleeing.

This rabbit species’ bunnies have a very low chance of survival since they give birth in shallow ground nests. However, they keep their populations up by breeding 3 to 4 times annually and produce up to 8 bunnies every time.

Bunnies grow quickly and can survive by themselves after only five weeks. Farmers can find these rabbits to be problematic due to their large numbers. The eastern cottontail is also the most hunted rabbit species in the United States.

Most beginners would think that there’s no specific time of year to hunt rabbits. However, the best time to hunt for rabbits is during the winter. This is because the cold weather won’t allow the breeding of parasites on the rabbit’s corpse.

This is unlike during the summer when the weather is warm making rabbits great hosts for ticks, lice, fleas, mites, and more. Hunting for rabbits during the winter will ensure your meat isn’t contaminated with parasites and bugs that would otherwise set up shop on the dead rabbit’s corpse.

The “wolf worm” is a parasite that’s found underneath the skin of wild rabbits. Hunting during the rabbit season will help avoid ingesting these parasites.

When is the rabbit season in Missouri?

The rabbit season in Missouri runs from October 1 through February 15 of the following year. The most common of the two rabbit species that can be found in Missouri is the eastern cottontail. This species provides a fun and challenging hunting experience and is well-distributed throughout the state.

When is the rabbit season in Indiana?

The eastern cottontail rabbit is the common rabbit species throughout Indiana. Indiana’s rabbit season runs from November 1 through February 28 of the following year. There’s a hunting license required when hunting rabbits unless you meet a license exemption.

According to the Indiana Department of Natural Resources, the hunting hours can vary by property depending on the Fish & Wildlife area. There are no restrictions when it comes to the equipment or ammunition used for hunting rabbits. However, it’s illegal to use a ferret to remove a rabbit from a den, tree hollow, or hole.

When is the rabbit season in Georgia?

The rabbit season in Georgia runs from November 16 to February 28 of the following year. The limit of rabbits you can hunt in a day is set at twelve. A hunting license is required in Georgia.

There are several options for getting a hunting license and permit either through a licensed agent, over the phone, or on the Georgia Department of Natural Resources website. Non-residents and residents also have the option of applying for special permits and licenses online.

When is it safe to eat a wild rabbit?

“Only shoot a rabbit in a month with an ‘R’ in it” is a quote that’s commonly used by the hunting community. Francisella tularensis (Tularemia) or rabbit fever is a disease that’s transmitted to rabbits through the bite of an infected deer fly or tick.

Infected rabbits can die within a few months of being infected. There are fewer and less active ticks during cold months reducing the risk of infection. Therefore, the safest time for one to eat rabbit meat will be during the colder months.

Various rabbit breeds can be hunted for their meat but the most common species is the eastern cottontail. This species is found in most states whose rabbit hunting seasons lie in the cold months between October to February. This is mostly to reduce the risk of infection with rabbit fever. Wild rabbit meat should also be handled with care to prevent blood and tissue from contacting their skin.