Can I Ride A Fat Bike On The Road?

Fat bikes are among the most sought-after bikes on the market because their comfort is beyond what you can find on a regular bike. Fat bikes are the winds of change in the cycling world, with a slightly different appearance that introduces a new style. So Can I ride a fat bike on the road? Read the content below to find the answer.

Table of Contents
What Is The Fat Bike?
So What Exactly Is A Fat Bike?
Where Did Fat Biking Get Started?
The Prominent Characteristics That Make The Fat Bike
What Are The Advantages Of Fat Bikes?
Comparing Fat Bikes To Other Bikes
Road Bikes
Dirt Bikes
Mountain Bikes
Hybrid Bikes
Can I Ride A Fat Bike On The Road?
But Can You Ride A Fat Tire Bike On Pavement?
Does A Fat Bike Have Any Disadvantages To Note?
Conclusion

What Is The Fat Bike?

Fat bikes have been around since the 1980s, but they have only recently become fashionable. Fat bikes have a cute appearance that reminds users of children's bicycles that have been enlarged so that adults may ride them. The fat bike is also fairly stable and safe to ride on all terrains owing to this feature.

So What Exactly Is A Fat Bike?

As the name implies, a fat bike feels "fatter" than a standard bike. It features a larger tire, but the shape and frame are traditional mountain bikes. 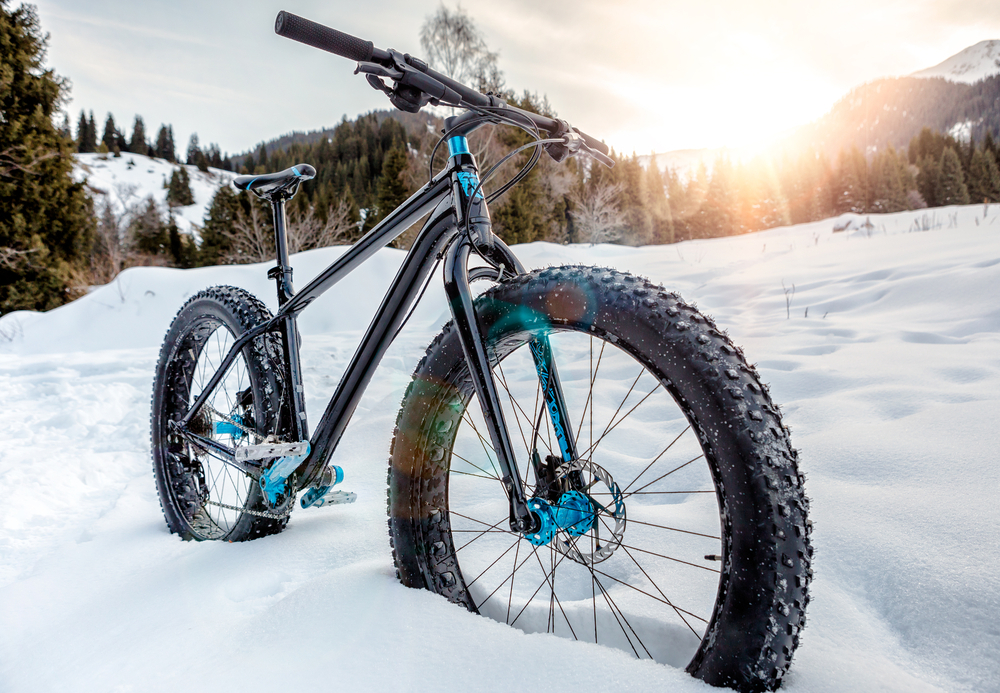 What is the fat bike?

Tires for fat bikes can be as small as 3.8 inches wide and as large as 5 inches wide. Despite sharing a similar frame and shape, there are some significant differences between a fat bike and a mountain bike. Many people interested in this new bike are curious about how it operates.

A fat bike is distinguished from a mountain bike by the following characteristics:

Where Did Fat Biking Get Started?

Fat bikes are top-rated in the winter months in Alaska and other states in the US. However, many fat bikes are typically made out of aluminum or carbon fiber. These bikes are designed for use in snowy conditions and can be used in desserts. Fat bikes are great for riding in snow or mud. There are lots of companies making them now. You can also use them on the roads. They are costly, though.

The Prominent Characteristics That Make The Fat Bike

The Fat bike has several unique qualities that make it the most exciting bike. Still, the most notable feature is arguably its ease of use and versatility in terms of terrain. The fat bike has captivated the owner due to its outstanding features operating on all terrains.

The most common terrain for Fat Bikes is the slick, porous snow that other bikes can't handle. But also, this bike is easy to maneuver in dirt, sand, mountains, and trails, giving it a unique strength that few other cycles can equal.

The prominent characteristics that make the fat bike

The fat bike also scores total points because of the comfortable feeling of moving and the superior shock absorption mechanism. Even going through rough terrain, this bike still creates a smooth feeling. The friction generated from the large tire surface and the reasonableness in the frame design of the mountain bike make the force on the knee joint to be reduced and the muscles of this area more comfortable in movement, thereby limiting the feeling. Joint pain can be experienced from long-distance cycling.

The smoothness of the fat bike's movement also provides additional stability for the rider when traveling on bumpy roads, reducing the risk of unfortunate accidents caused by the driver being pushed out when struck by obstructions and unable to manage the bike.

It can be said that a fat bike's ability to grip the road is unrivaled and that any other bike will find it impossible to match. These advantages give Fat Bike its growth potential, making it break away from being just a product in a niche market and rise to a key position in the bicycle manufacturing industry.

What Are The Advantages Of Fat Bikes?

Fat bikes are versatile and comfortable. They help you get around any terrain. They are easy to use on rough terrain. You feel like you're riding on a cloud while you ride them. Soft tires increase your ability to go up hills, but they make you less skilled at going downhills. You can get away with riding rougher roads than other bikes, but bumps and rocks throw you around if you do. Tires can be used as an advantage over other vehicles because they can be versatile. They can work in any weather conditions and can deal with rough terrain.

Comparing Fat Bikes To Other Bikes

Fat bikes are designed to use by people who weigh over 200 pounds. Their frame is made out of steel tubes, which helps them withstand the weight of heavy riders. They also have wide tires with knobby treads to provide traction while riding.

Hybrid bikes combine elements from both road and mountain bikes. These bikes are great for cross-country travel but are less efficient than either type of bike. Hybrid bikes are often equipped with wider tires and suspension forks.

Can I Ride A Fat Bike On The Road?

After reading the content about the fat bike, you probably have your answer on whether or not it's possible to ride a fat bike on the road. Of course, this car can be used flexibly on any terrain, so the street can't make it difficult. A few characteristics make a fat bike less successful on flat terrain than a standard bike, but this isn't a major issue; instead, many individuals feel at ease riding a fat bike on the streets. Near home and appreciate it as a time of day to unwind.

Can I ride a fat bike on the road?

The main reason why many people question the applicability of a fat bike on the road is that it is an affordable bike with remarkable versatility. Rather than investing a lot of money on bicycles that are only used in certain terrains and situations, fat bikes are significantly more cost-effective and long-lasting.

The practicality of fat bikes comes from their flexibility as you can easily move them on the road, but if it rains, you don't have to worry about the road being slippery or muddy, and you are not afraid of ice and snow. Any change in weather is easily handled by a fat bike, so it is safe to say that owning a fat bike is the best thing for your budget.

You can easily use a fat bike on the road because it is flexible and suitable for all terrains.

But Can You Ride A Fat Tire Bike On Pavement?

Fat bikes are great for off-road riding as well as on pavement. You can ride them in the rain and snow. However, you can't use them on roadways because they're too slow. The speed limit is 25 mph for most roads. If you want to ride a fat tire bike on the street, you need to register it with your local government.

Does A Fat Bike Have Any Disadvantages To Note?

The Fat bike can be used on the road, but is it the greatest option for commuting? This needs to be judged by its shortcomings as well. Here are a few drawbacks that make fat bikes unsuitable for usage on the road.

Firstly, a Fat bike moves more slowly than regular bikes. This is unavoidable because of the bigger tire surface and more friction with the road surface, which means it can't go as fast as a thin tire bike. Instead, it can be effective at traveling smoothly and with excellent traction.

Does a fat bike have any disadvantages to note?

Secondly, when pedaling, a Fat bike is a little heavier. This is also due to the high friction between the wheel and the road, making the pedals more stable while simultaneously losing more power. Even though modern technology has made things lighter due to a slightly altered chassis, they don't nevertheless move more fluidly than standard bikes. The Fat Bike possesses exceptional smoothness, making you feel as though you're flying through the streets.

You must understand that nothing is perfect for everything, and you must learn to balance trade-offs when determining which bike is right for you. If you need a bike that can handle any situation, a fat bike is an excellent choice. If speed and lightness are your top priorities, a fat bike is not the answer for you.

In cycling, the fat bike is the most intriguing trend now. Fat bikes are getting lighter frames and bigger, thicker tires thanks to technological advancements and fantastic design advances. Their costs have also been cut to make them more suitable for selecting many objects. Fat bikes are the most popular and adaptable bikes due to their accessibility.

Above is the summary of Fat bike to be able to answer the question, "Can I ride a fat bike on the road?". I hope you now have all of the important details regarding this bike type. To learn more about the world of bicycles, see more articles on our website.