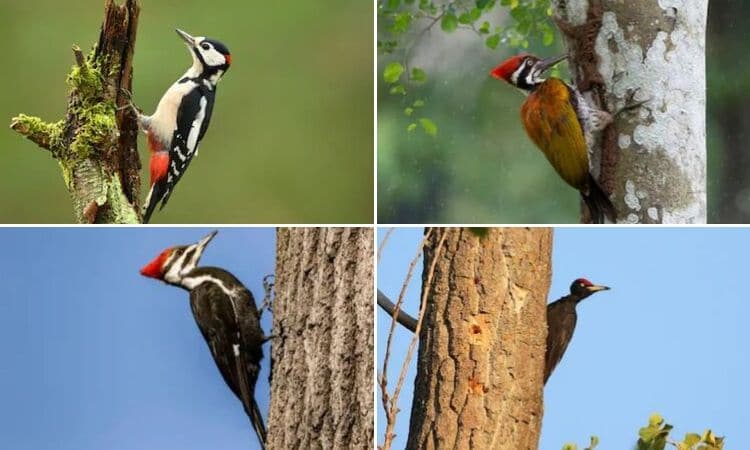 What Animal Makes A Knocking Sound at Night

When you are camping, you may be surprised by various sounds at night or during the day. Most of the creatures are usually busy in their territories, and they rely on hearing to discover prey and detect predators. It’s for this reason why some animals such as bats and foxes, have pretty large ears.

The noises at the campsite are varied from mysterious snuffles made by foxes walking by your tent to hooting owls. However, one particular strange sound is that of knocking. The question is what animal makes a knocking sound at night? Let’s find out about this animal and why it makes such sounds.

Quick Navigation
What is knocking or drumming sound?Characteristic of a woodpecker
Why do woodpeckers knock?Responding to the knocks

What is knocking or drumming sound?

Drumming or knocking sound also known as tapping, tattooing, or rapping sound is made by a woodpecker. This is a bird that attempts to rapidly peck on a resonant object to produce a pattern of sound.

Knocking is a unique woodpecker’s sound, and when you are camping in the woods, you will recognize its patterns and rhythms. Understanding the reason why woodpeckers knock can help you to appreciate these extraordinary bird sounds and the specific birds that make them.

Woodpeckers may choose to use natural or artificial objects to produce their knocking sounds depending on the habitat. In the woods, these birds use hollow trees, fallen stumps or fallen logs, twigs and branches, and hollow reeds.

There is no exact pattern of this knocking sound because it always differs on the length, tempo, and rhythm. Each woodpecker species has distinctive knocking sounds and patterns.

Characteristic of a woodpecker A woodpecker has special physical characteristics that help them to adapt and peck on objects not only quickly but also without getting hurt. They have thick skulls to cushion their brains and heads from rigorous and hard impacts.

Using their strong neck muscles, they manage to knock for extended periods without straining themselves. They also have sturdy, straight, and thick bills, allowing them to endure knocking impacts. With stiff bristles underneath the bill, they can catch dust particles or small particles of wood so that the birds’ eyes are not affected.

Why do woodpeckers knock? Woodpeckers are not like other songbirds because they don’t have a unique song. Instead, knocking sound is the only way these species of birds can communicate with each other. Here are the major reasons woodpeckers will make knocking sounds:

Responding to the knocks

When woodpeckers knock on a resonant object, the sound travels a long distance and can be heard by other birds. Other birds will know the sound by its tempo and pattern, enabling the birds of the same species to be attracted by the potential chance to find a mating partner.

At the same time, birds that make a strong knocking sound alert competitor that the territory is already claimed and its owner is willing to defend it. Therefore, the quality of the knocks such as its volume and number of times it’s done will show the strength, health, and dominance of the woodpecker making such sounds.

Like most of the bird songs, knocking sounds are common in early spring and late winter as this is the time birds establish territories and attempt to find mates. It’s common to hear these sounds in the morning but you can also hear them at any time of the day and night.

While knocking sounds are quite fascinating for campers, it can also be frustrating when they make drumming sounds at night. Such repeated knocking will not only disturb your sleep but they can also destroy wood surfaces around the campsite.

Placing moving ribbons can scare woodpeckers away from the campsite where they would make knocking sounds. You can also cover the surface area to keep the birds away as they cannot reach the area to start knocking. Knowing the woodpeckers knock or drum would help you appreciate the uniqueness of these birds and how they behave in the woods.